Cannabis Market Still Hard to Define After Years of Research

Here to Stay or Up in Smoke?’ was a white paper published on PMMI’s website back in 2017, and it remains one of the hottest prospects to date. In that research paper, three years ago, the researchers stressed the future of the cannabis industry in the US market. To this date, the stance remains the same despite a plethora of changed policies.

Despite being controversial from state-to-state and possessing various rules and regulations, the cannabis industry is proliferating in the United States. From superficial standards to frequent law changes, the companies are struggling to keep up with the demand of quasi-legal cannabis products. The complexities seem more unnerving than before,

What is keeping the cannabis owners at bay? To jot down a measly comprehension, we need to branch two major components currently trending in the market.

While THC promises a certain aura of buzz among a user, CBD-based products are extracted from hemp oils. You can use these oils for medicinal and therapeutic purposes.

As of the research paper mentioned above, the US cannabis industry had been booming despite its inconsistent legal status. With a growth of over 200% in half a decade, the researchers concluded that the growth would continue. Surprisingly and unsurprisingly, they were not wrong about it.

The industry topped $7.3 billion in 2015. Fast forward ten years, the market is expected to hit a whopping $100.03 billion by its end, according to Grand View Research.

Breakdown of Market Growth by State:

A lot of states are using Marijuana regardless of their inconsistent legal status. But, 2018 recorded some jaw-dropping sales, both in Medicinal and Recreational uses. Michigan recorded the highest number of transactions (in terms of Medical purposes) with a staggering $633 million in sales, while California was on top (in terms of recreational purposes) with $2.75 billion.

THC vs. CBD – What is the Difference?

The discussions of one of the plundered topics since its birth, THC vs. CBD, has not halted till today. Let’s entail the difference between both by carefully considering each option and then providing a careful comparison.

The topic and usage of Tetrahydrocannabinol remain controversial to date despite being legalized in many states. Its future hangs in the balance with uncertainties lingering around like looking shadows. A growing number of states have recently allowed both medicinal and recreational usage of THC, hence flooding the THC market with tons of sales.

Some authorities have stated that it is ‘illegal’ from a federal perspective. In contrast, others mask their efforts by setting up new companies with alternate names so that their core customers get no clue as to what they are supplying.

Food infused with cannabis is still illegal, according to the Food and Drug Administration (FDA), but the administration admits that it is dreadful to monitor the growing rate of new companies and brands.

As expected, the recreational use for THC-infused products is selling fifteen times more as compared to its medicinal usage, which is a very alarming situation. That is mainly because the US government has been sluggish in terms of issuing new applications for therapeutic research for three years.

CBD is often misunderstood in the market and confused as something that takes a toll on human health. Cannabidiol, in its real sense, preserves its usage of a plethora of medical purposes.

The CBD industry has proved to be beneficial in terms of providing health benefits like the vitamin and nutritional supplement market. Other than the side-effects, people have claimed that CBD has helped them in regard to improving their frail health conditions.

The only solution to this dispute is informing people and giving them proper education regarding CBD. If the shop owners are keeping the CBD products, they must check the prescriptions before handing out the CBD products, because people, young or old, are currently aware of the pros and cons CBD products carry with themselves.

What happens if you do not understand the nitty-gritty essentials of combining both products? When you combine the application benefits of both THC and CBD, there comes a ‘buzz effect’ with it as well. For instance, when you mix THC with any CBD lotion, the label on the package becomes controversial and fails to deliver the downsides.

With the emergence of CBD products, came the need for efficient and sustainable packaging. Products like vape cartridge require vape cartridge boxes to grab users of a legion of consumers. Any CBD owner would want his products to stand out on the retail shelf through packaging.

So, for a ripe CBD industry, it was essential to manufacture boxes that proved to be enthralling in terms of a selling point of view. Many CBD business owners acquired and asked for help from a few of the most excellent packaging companies like Dodo Packaging and had their premium products packaged without any hassle.

Vape cartridge packaging, along with many other products, needs careful packaging. Many business owners are opting for one of the splendid and scintillating designs, even today. For starters, we think that in order to sell a product of such majestic importance, the packaging should be dealt with in a likewise manner. Hence, it is crucial not to create a difference between the two. Tread lightly and carefully, so that your packaging does not derail from the utmost superior standards.

People are aware of the risks that involve the CBD industry. Especially in regard to the unconfirmed and dangling legal status, but the rewards outweigh them. It is primarily believed that the cannabis industry will not only become a main-stream, but it will also be heavily indulged in the US in the coming ten years. The peculiarity involved in making this debate understandable requires a lot of attention and detail to the matter, which will only be cleared with time.

You can also visit PACK EXPO from March 3 to March 5, 2020, for discussions relevant to cannabis packaging. It is going to be held in Pennsylvania Convention Center, Philadelphia.

Looking for Something Outside the box?

Get a Free Quote 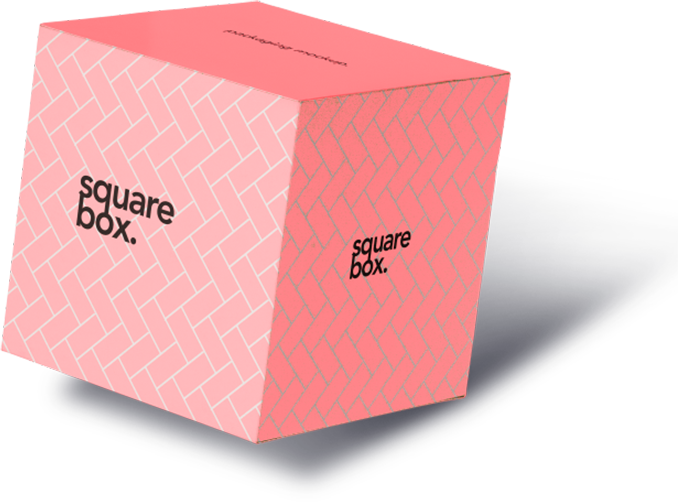